In this clip of the 1977 American Music Awards, Johnny Cash accepts the Merit Award.

Johnny Cash who is joined by his wife June and son John as he received this award. He gives a short speech saying how much he appreciates the award and also shares some of the mistakes that he has made in the past and how it helped him grow to the man that he was. 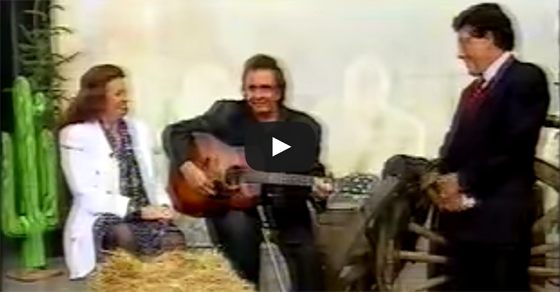