See the revival of the Johnny Cash wall mural in Nashville, Tennessee:

The artists Bryan Deese, Audie Adams and Ryan Shrader of the Thoughts Manifested (TM) crew first painted a wall mural tribute shortly after Johnny Cash’s death in 2003. Over the years weather and vandalism had almost completely obliterated the work of art. So in 2012 the same artists went back to paint entirely new mural on the same wall in honor of Cash.

Learn more about the mural at http://johnnycashmural.blogspot.com/

You Might Also Like This: Johnny Cash Performs “Darlin’ Companion” at San Quentin with June Carter Cash 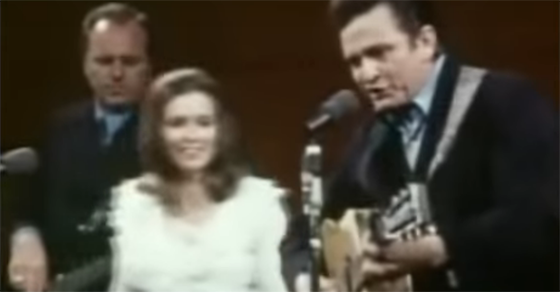